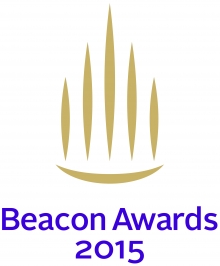 Philanthropy Impact is delighted to be partnering with the Beacon Awards for Philanthropy 2015. Making a Beacon nomination is an excellent way to recognise your clients’ philanthropy and open up new networks for them. Beacon winners will be invited to take part in Beacon’s thought leadership events and nominees will also be invited to exclusive Beacon events. The Beacon judges will also be looking to make a Judges’ Special Award to an outstanding philanthropy advisor in order to showcase excellent philanthropy advice. For more information about the Beacon Awards and to make a nomination please visit www.beaconawards.org.uk

Nominations are now open for the 2015 Beacon Awards for philanthropy, recognising the most inspirational philanthropists in the UK.

To mark the launch of this year's awards, Beacon is celebrating Ten Great British Philanthropists to kick-start a debate about how the UK has been shaped by philanthropy and whose footprint still affects society today. You can follow the conversation on Twitter through #philanthropyfootprint

Beacon Awards are presented to those whose giving is creating a permanent legacy, and whose giving will inspire others to give and contains useful lessons for other philanthropists. The Beacon Awards, which take place biennially, are supported by J.P. Morgan Private Bank with additional support from the City of London Corporation’s charity, City Bridge Trust and its project City Philanthropy – A Wealth of Opportunity, and Pears Foundation. The awards are managed by UK Community Foundations.

The main award is the Beacon Award for Philanthropy, plus several other categories:

Gay Huey Evans, Chairman of the Beacon Awards said: “The UK has a tradition of philanthropy to be proud of – from George Cadbury, the chocolate heir who set up the Bourneville Village Trust in the 19th Century, to Dame Cicely Saunders who laid the foundations of the modern day hospice movement in the 20th Century.  The Beacon Awards honour the incredible men and women who are building on that heritage in order to inspire others to give.”

Upon receiving her Beacon Award in 2013 J.K. Rowling said; “None of us who are privileged in our daily lives and fortunate enough to have more money than we need should require a pat on the back for the act of giving, but we do need help to spread the word that responsible giving can make a difference; to individuals and communities, locally, nationally, and internationally.  The Beacon Awards are a great way to convey that message.”