The future of effective philanthropy? 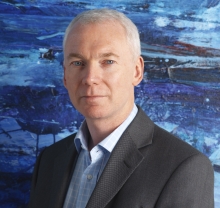 #GivingTuesday
On Tuesday 2nd of December 2014, Localgiving, the leading support network for local charities, took part in the UK’s first ever #GivingTuesday. As founding partner, Localgiving launched its Triple Tenner Tuesday initiative, tripling 1,000 £10 online donations made to local charities through the platform on the day. In just 24 hours, the campaign raised over £75,000 for more than 550 community groups, allowing them to truly benefit from #GivingTuesday.

The initiative was made possible through a £20,000 match fund backed in equal parts by a major grant from the Office for Civil Society and a generous donation from a private philanthropist. From this match fund pot an additional £55,000 in public donations and Gift Aid was generated throughout the day.

Triple Tenner Tuesday is a prime example of the new three-stranded national approach to raising money for local charities that we have been developing in 2014. The innovative new method works by leveraging government grants against private philanthropic investment to match public donations.

This three pronged approach is a revolutionary method of boosting funds to the local charity sector.

The benefits are four-fold:
Firstly, it enables the government to quickly and effectively distribute public funds to a large number of local community groups. These groups are providing exceptional value to their local communities and excel at converting funding into tangible benefit, so it’s a fantastic method of ensuring large sums can reach them effectively.

Secondly, it augments the value of the grant by attracting private investment to be matched against public donations. It would be near impossible for a private donor looking to donate a large sum of money to personally identify thousands of local charities to donate to. However, this model allows a large donation to be easily and democratically split across multiple groups.

In the case of #GivingTuesday, both the government and the private philanthropist who funded the campaign saw a return of over 750 per cent on their respective £10,000 investments.

Thirdly, it enables the private sector – whether that be a philanthropist, corporate body or grant maker – to financially contribute to the local voluntary sector without taking on the responsibility in its entirety. This is something that we have found proven to be popular with philanthropists who are looking to maximise the efficacy of their giving, whilst also encouraging government investment into the same programmes.

Fourthly, match funds encourage smaller local groups to engage with online fundraising. Many of these organisations are run with few staff, often only part time or volunteer-based and trustees tend to be less acquainted with the benefits of online fundraising. Not only do match funds reduce their reliance on grant funding and enable them to expand on their income sources, but they lead to a more stable fundraising base. They also help these small charities to establish an online presence and to promote their services sustainably in the future.

A viable solution?
The success of the Triple Tenner Tuesday campaign is testament to the power that can be unlocked by combining these three distinct sources of funding. Such an approach enables large sources of money to be generated and distributed in a short period of time, to allow small, local charities (who would not otherwise have received this income) to fundraise effectively. It is our intention in 2015 to continue to innovate with match funding in order to generate the largest possible benefit to local charities and groups, whilst also delivering maximum value to funders.

Stephen Mallinson is CEO of LocalGiving.com

This philanthropy trend article is tagged under: