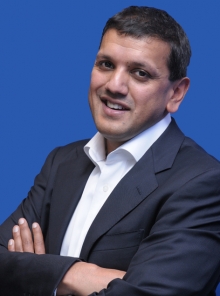 “The South Asian Community donates via the route they trust most and this is usually through a faith-based organisation or directly through their place of worship; there is however a change in attitudes with givers becoming more driven by the outcome just giving to charity is no longer enough, to see the outcome and understand the impact the donation has made is now the driver to give.”

BAT’s focus is on researching, identifying and then supporting projects in health, education and livelihoods. The emphasis is on impact measurement - it serves as a ‘social fund’ to support high impact charities within its areas of interest in Bangladesh, India, Pakistan, Sri Lanka and the UK.

Soon after its inception, BAT conducted a survey in 2007 amongst 75 British citizens of South Asian descent to assess the obstacles to effective and increased philanthropy. The results were informative:

This was backed up by a review by New Philanthropy Capital ,which showed that less than 3% of the Indian-based NGOs reviewed measured impact in ways that would be considered robust.

“Philanthropy in the British Asian world has been very much based on recognition - putting grandfather’s name on top of a school or trying to make single orphanages work, and not reaching scale,” Badale told Philanthropy UK. “The Trust has opened the doors to the idea of leveraging people’s funds, managing them effectively to fund organisations that exist and are trying to reach scale. It has been a great experience to now engage through the Trust with like-minded individuals, corporates, trusts and foundations who want to make change by looking at charitable giving in a structured and business-like manner.” Skills that Badale brings to BAT from his business, and cricketing, ventures! He is the Chairman of Rajasthan Royals, an Indian Premier League Team and the co-founder and managing partner of Blenheim Chalcot, an early stage investment group that actively manages a portfolio of fast growth ventures in technology, financial services or media.

Badale is also the chairman of Operation Smile UK, a children's charity treating facial deformities such as cleft lips and cleft palates all around the world,

“The Trust prides itself on its knowledge of the issues being faced by those in South Asia; it actively seeks out and supports organisations that empower those most in need.” BAT has seen positive change in the past five years. “There has been a rise in family foundations, established to make charitable donations in a structured way with the first generation handing over the reins and the younger, more impact driven generation investing in charities and programmes that have a proven track record.

“It has been interesting to see the types of people, institutions and businesses who have come together to support the work of the Trust," says Badale. “On the individual front it has mainly been the Asian entrepreneur who is looking to see how business acumen can be applied to charitable giving to achieve scale.”

Asian market focused brands such as Rubicon fruit juices and Lycamobile, who are looking to help the countries from where their consumer largely originates, also give through the Trust, and foundations, such as the Waterloo Foundation and The British and Foreign Schools Society, are engaged through their interest in helping scale the impact of work in partnership, and leverage the funds they wish to spend in South Asia.

For Badale, and BAT, the focus is being ‘global citizens’. “We are all about promoting giving in a more innovative and impactful way, and changing the mind-set that we are in some way separate from those in need.”

Act for the Advancement of Volunteering passed in Germany

13 Mar 2013
The German Federal Council passed the Act for the Advancement of Volunteering On 1 st March 2013. It aims to improve the legal environment for...
View full news story