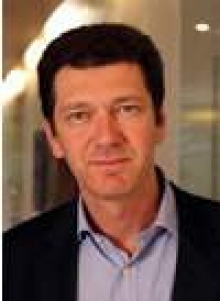 In January 2001, Serge Raicher and some of his private equity colleagues participated in a charity bike ride in Vietnam. Over the 10-day trek, they raised over €350,000 for Mines Advisory Group and several other charities. They also talked about their giving and new approaches to philanthropy. Those conversations turned out to be the genesis for what became the European Venture Philanthropy Association (EVPA).

As a founding trustee of EVPA, Raicher brings valuable experience in corporate governance and association management, having previously served as Secretary General of EVCA. He also helped to bridge key support from EVCA, now an EVPA honorary member.

Raicher's private giving supports charities tackling disadvantage, driven by a deeply held belief that philanthropy is "a moral obligation". He explained: "Why do some not have access to the basic opportunities in society - such as food, shelter, and education? Their only error in life is to not have been born in the right place at the right time."

"It is important to set expectations and measure performance - to make objectives clear from the outset, rather than to justify performance retrospectively."

Like many of his colleagues, Raicher's private equity experience influences his giving. For instance, he supports projects where his investment can have a measurable impact, and typically provides in kind support, such as marketing advice and access to his network of contacts. He seeks out entrepreneurial leaders who take initiative and who are willing to be critical of their work. Raicher elaborated: "A charity must be conscious of the impact it is trying to have. It is important to set expectations and measure performance - to make objectives clear from the outset, rather than to justify performance retrospectively."

As he seeks new ways to support good causes, Raicher continues to learn from and be inspired by his peers and other philanthropy leaders. He was impressed by Warren Buffett's decision to give away the bulk of his wealth to the Bill & Melinda Gates Foundation rather than to found his own: "A good starting point for some starting out in philanthropy may be to give to a proven model which has already demonstrated impact and efficiencies. Buffett was tremendously successful in business, but he felt that there was someone else who could give away his wealth more effectively."

Whilst such public philanthropy is uncommon in Europe, Raicher notes that many European companies and wealthy families are very involved in their communities. "But they give quietly", he says, "they would not want their philanthropy to be perceived as self promotional". On the Continent, where economies are more centralised than in the UK, the government and the church are "often held responsible for looking after their citizens… [and] this impacts how individuals get involved in the charitable sector".

Yet Raicher remains optimistic, and believes that attitudes toward giving in Europe are changing positively, evidenced in part by EVPA's success. He encourages other philanthropists to talk more about their giving, to provide leadership for new givers, and to let them know that "it is okay to feel good about giving". For his part, Raicher continues to lead by example.

Major new grant-making foundation launched at the House of Lords

5 Mar 2013
A major new grant-making foundation was launched at the House of Lords on 14 February 2013. The Peter Sowerby Charitable Foundation, which registered...
View full news story