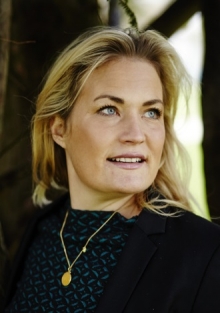 The main focus of the charity is to break the vicious cycle of poverty in the world’s poorest countries, starting with Nepal. The first step in this process is to focus on quality education for children, increasing their chance of securing proper employment after graduation and thereby enabling them to contribute to their family’s economy, to the community and to society in general. This idea may not be unique, however the approach Kruse Madsen has chosen is original and has led to the organisation gaining a lot of support and attention it its relatively short time of existence.

Our focus is on converting time and money into sustainable projects that can lift people out of poverty. But it is also about accomplishing a feeling of ownership. The contributors that are involved do not simply want to donate, they would also like to use their skills and work closely alongside our projects

Human Practice Foundation was created by a woman determined to make a difference in the world. 18 months prior to the birth of the organisation, Pernille Kruse Madsen had a promising career and was working as a lawyer at shipping company Maersk, but realized she was not leading a fulfilling life and wanted to do something completely different. ‘We are only here on Earth for a short time and that time has to be meaningful,’ she says.

She quit her job, sold all her belongings and bought a one-way ticket to the other side of the world. After a period of travelling she ended up in Nepal where she started teaching English to Nepalese children. This provided her with insight into the poor conditions of school facilities and the lack of quality teachers available to the students. Combined with high poverty levels and dispersed settlements resulting in many children having to walk for hours every day to get to school, the consequences include high illiteracy levels and substantial drop-out rates.

Kruse Madsen wanted to apply her abilities and rally all her energy to start a novel and different movement aimed at tackling poverty in developing countries, starting with Nepal. Utilizing contacts from her former life, she slowly but surely built a network of experienced profiles from the Danish business community and was able to secure a number of founding members who committed to cover all operating costs for the Foundation for the first few years.

Combining her solid legal background with a passion to make a difference has made her unique and recognisable within the Danish NGO industry. In the short time the charity has operated it has experienced an outpouring of support. Kruse Madsen believes one of the main reasons that the Human Practice Foundation has attracted attention is the foundation’s approach to the work.

“Our focus is on converting time and money into sustainable projects that can lift people out of poverty. But it is also about accomplishing a feeling of ownership. The contributors that are involved do not simply want to donate, they would also like to use their skills and work closely alongside our projects”.

The objective of the projects is to assist local partners to jointly create a sustainable livelihood for themselves and their communities. This entails improving education by generating conditions favourable to teaching and learning, and developing innovative skills and methods in agriculture. 100% of the means donated to a specific project will be channelled, in its entirety, to that project; the donors receive regular updates and also have the opportunity to become personally involved in their respective projects.

To ensure the longevity of the projects and the organisation, a main focus for Kruse Madsen and the foundation is impact measurement. Solid impact information is vital for internal performance, to acquire funding, and to provide meaningful updates to stakeholders. Kruse Madsen says: “If our success is to continue, a solid impact measurement strategy is vital to assure our concept of transparency is fulfilled”.

In 2016 the Human Practice Foundation will conduct combined one year impact measurements consisting of internal evaluations where their own team will visit the various project sites and additionally, independent evaluations will be conducted, pro bono, by Deloitte. Deloitte has also lent their expertise in developing assessment tools that will be utilized prior to, during and after projects are undertaken. The result of the investments will be rated according to, amongst other things, changes in school attendance levels, improvements in analphabetic levels, changes in the number of women employed locally and the socioeconomic growth of the local community.

An increasing number of donors and stakeholders are also travelling to Nepal to see the projects. Kruse Madsen concludes: “It’s something I strongly encourage. Being out there and experiencing a country and its people, brings you closer to their values and an understanding of their way of life. The tipping point is when we as humans realize, that it is when we are giving, that we in reality are receiving” she says.

“You go out there to make a difference, to do something good, and you return much richer. It’s very important to me to visit the children in person. When you’re sitting down with a girl on the floor of her family’s kitchen, you quickly get a sense of what can be done to help her achieve her dream”.

Kruse Madsen is, through helping others, in the process of achieving hers.

(Giving with passion by Ingrid Harstad)

Major new grant-making foundation launched at the House of Lords

5 Mar 2013
A major new grant-making foundation was launched at the House of Lords on 14 February 2013. The Peter Sowerby Charitable Foundation, which registered...
View full news story