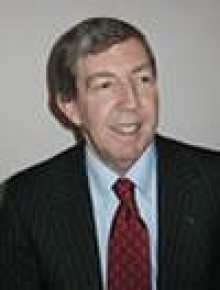 For Doug Miller, philanthropy has been a "progression of learning". His influences started early in life: as a child, his mother, a school teacher, had little money but was always involved in charitable activity. Later on, he served in the US Army in Vietnam, where he lived with local people as an officer in a Special Forces reconnaissance unit. He was struck that, despite living in abject poverty - with no roads, running water, or electricity - the villagers had a strong sense of family and community, and of helping others.

"I believe that if you are capable - with either financial means or skills - then you have an obligation to give back to society," says Miller. Initially, he was a "chequebook giver". Then, in the mid-1980s, a micro hydro project in Sri Lanka made him think more strategically about his giving. He explained, "I realised the scale of the need, and switched from grants to loans. We were recycling our funds two-to-three times." Given his private equity background, Miller found this leverage intuitively attractive.

The impact of leverage has informed much of Miller's philanthropy, including the European Venture Philanthropy Association (EVPA), where he and his fellow founding trustees seek to lever time, money, and networks to promote venture philanthropy across Europe.

Another example is the Multi-Cultural Scholars programme he founded at the University of Kansas, his alma mater, in 1992. The programme recruits minorities from high school for intensive mentoring and leadership development. Its impact has been remarkable: participants' graduation rate from university is 93%, compared to 65% for the school as a whole, and its success has attracted the support of many corporations. The programme has expanded to eight schools at the University and is graduating over 25 students each year.

Miller explained, "When I was in the Army, I noted that most of the men on the front lines were minorities, which I believed was partly due to a lack of educational opportunity. The Scholars programme helps disadvantaged individuals realise their potential - and to have a much greater impact on society, as they become leaders and role models to others." In September 2005 the programme was introduced at the University of Warwick School of Law, focusing on the Pakistani and Bangladeshi communities. Miller, an American who has lived in London for the past 27 years, has funded the first ten years of the programme.

What has Miller learned from his philanthropy? Above all, he says, "Be passionate, it is very easy to get frustrated." Second, learning is a continuous process: "Seek out others with more experience, and recognise that people will have different perspectives and motivations. Understand how to work with different cultural influences." Finally, "It is not enough to just have a good idea. At the end of the day, it is the people who implement the project who drive success." In that respect, EVPA's future looks bright indeed.

(from  A progression of learning By Susan Mackenzie Philanthropy UK Newsletter, September 2006)