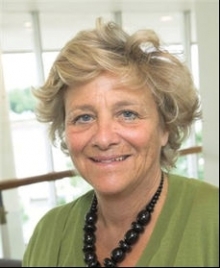 My Foundation director tells me that she’s having a lot of meetings with elephants at the moment. Not real ones I hasten to add. But she describes meetings in which capital plans are talked up with great confidence and no mention is made of the difficult fundraising climate in which these buildings are to be constructed: the ‘elephant in the room’ is the global economic downturn which is affecting us all and which will clearly affect many major capital projects in the coming months. She could as easily tell me that she is taking meetings with ostriches who are placing their heads resolutely in the sand. Fundraising is not an easy task right now, but honesty and objectivity are clearly the best approaches when talking to funders.

My Trustees and I are probably at the other end of the spectrum: highly sensitive to the economic climate and constantly talking of it. No-one is immune to the real and predicted losses – but will our giving be affected? I prefer to think of things rather differently: I think what will be affected is our focus. We will be loyal to our existing beneficiaries but we may have a new focus on programme rather than capital funding and we may actually be making more donations but for smaller amounts.

Where there are losers, there are always winners, and some of the smaller charities that may have been overlooked in the past may now find a new channel for their requests. For many givers, losses may just be on paper for the moment, and it will take some time for changes in approach to become visible, but what is clear is that there will be constant vigilance with regard to the financial picture, and to emerging trends in applications – we receive over 3,000 a year, so we have quite a lot of evidence to go on.

So what should charities do? They should be realistic about their goals and cut their cloth to suit the times. Grand ambitions may have to be scaled back. They may have to become more flexible, adaptive and entrepreneurial, and they will need to play a long game rather than seek quick hits. What they cannot do is stand still: none of us can afford to do that.

And of course, I wear both hats. As much as my career has been about giving, it has been about raising money. First for Eureka! The National Children’s Museum in Halifax, then for the Royal Opera House and the Southbank Centre. Now I have taken on my biggest challenge, with a target of north of a billion pounds for my old university, Oxford. I have learnt the hard way, over many years, how to solicit funds and how to be solicited; how to give, and how to refuse – and all of this will serve me well for Oxford.

I have learnt the hard way, over many years, how to solicit funds and how to be solicited; how to give, and how to refuse.

Which brings me to one aspect of philanthropy which may just escape the current downturn: investing in people. Any long-term vision for the charity world needs to take account of the people who will lead the sector in the years to come. I started a leadership programme for the cultural sector five years ago, led until recently by Lord Smith, which has gone from strength to strength.

Earlier this year I founded the Clore Social Leadership Programme, and Dame Mary Marsh left the NSPCC to take up her post as its founding Director in October. It will be her job to identify, train and develop future leaders for the third sector. As the latest issue of the NCVO magazine tells us in relation to the task ahead for Mary: “Building a platform for these young men and women to grow into effective leaders for the future will leave a legacy that far outlasts the current downturn.” This is as relevant for Oxford – which also, of course, is in the business of identifying and growing talent – as it is for my leadership programmes.

Whether you are driven by belief in a cause, by wanting to be a catalyst for change, by an emotional response, or by duty and responsibility, I would have to say that I know of no more satisfying occupation than philanthropy. I have always funded bricks and mortar, and I can’t see me stopping entirely, but I have gained more satisfaction from the 134 Fellows that I have watched on their journey through the cultural Clore Leadership Programme than I have from the opening of any building – and I’m looking forward to meeting the first cohort of Clore Social Leadership Fellows in 2009.

Dame Vivien Duffield DBE chairs the Clore Duffield Foundation, which concentrates its support on education, the arts, museum and gallery education, cultural leadership training and health and social welfare, whilst placing a particular emphasis on supporting children, young people and society’s more vulnerable individuals.  On November 27th 2008 HRH The Prince of Wales presented Dame Vivien Duffield DBE one of the first five Medals for Arts Philanthropy. The medal celebrates individuals who support the arts and recognises the contribution of the most inspiring philanthropists in the UK.

Giving and getting: a view from both sides of the fence by Dame Vivien Duffield DBE