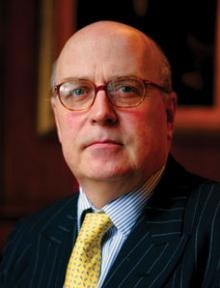 Our ‘influential reader’ in this edition is Stuart Etherington, Chief Executive of the National Council of Voluntary Organisations.He can be contacted through his PA at toby.jenkins@ncvo-vol.org.uk.

Some people know that I am a great fan of Charles Dickens who through both his actions and his writing imparted wide ranging views on philanthropy. Who can forget Mrs Jellyby in Bleak House and her insistence on supporting the poor elsewhere whilst neglecting poverty closer to home? But my reading over the years has revealed very different attitudes to philanthropic endeavour, both in the giving of time and of money.

Some of this counterpoints social justice and charity, the contrast on the one hand of St. Francis in his suggestion that “where there is charity and wisdom there is neither fear nor ignorance”, with St. Augustus who famously wrote that “charity is no substitute for justice withheld”. I am with Augustus on this, for he helps us to keep philanthropy in perspective. Great claims are made for it but it should not over claim. Justice and equity demand other mediating democratic institutions.

Therefore, my first choice of book is Richard Reeves’ biography John Stuart Mill: Victorian Firebrand, which reminded me that Mill's view of charity was consistent with this. In On Liberty he writes, “As for charity it is a matter in which the immediate effect on the person directly concerned and the ultimate consequence to the general good are apt to be at complete war with one another”. Mill's argument echoes one made even more strongly by Mary Wollstonecraft, “It is justice not charity that is wanting in this world”.

There is a contrast between those who would promote both social rights and justice, and those like my second choice, Edmund Burke, whose Reflections on the French Revolution champions the role of independent civil society as a bastion against the tyranny of the state. These divergent approaches to Civil Society – as an active and respected partner in delivering social justice or as a bastion to protect citizens against an overbearing state by encouraging independent action and institutions – do not go away. Indeed they may characterise the essential argument that will underpin a Brown/Cameron clash.

My third and final choice of reading I leave to an old friend, Sir Kenneth Stowe, who helped to forge the Compact between Civil Society and the Government in 1998. Writing in Armchair Athenians – a collection of essays from the Athenaeum, in his essay entitled Philanthropy – man’s proudest gift, Stowe quotes Sir Peter Baldwin, a former Chairman of the Charities Aid Foundation: “Government cannot meet all society’s requirements, the market will not, and the deficit lying between the two is large and increasing and can only be met only by voluntary action”.

In an ever developing and complex world, where institutions need to adapt organically, this may be increasingly true and philanthropy may help this happen. If so, it will be not just a bastion but an aid to adaptation in response to a rapidly changing social ecology.  Modern welfare states will find it increasingly difficult to adapt to complexity and needs which will far outstrip the tax base. Markets, whilst able to change to encompass growing wants, will only operate where there is a reasonable return on shareholder capital. The space for civil action will therefore grow as a result.

Philanthropy, volunteerism, co-operation and new mutualism will all have their role to play in populating this new space. Perhaps a new book remains to be written explaining how this can happen. I shall look forward to reading it.