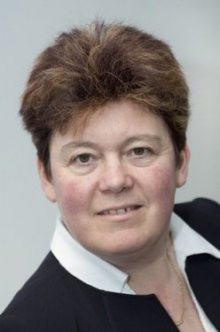 “Arriving at Barrow Cadbury in 2009 my ‘to do’ list included: creating a strategic alliance with trustees, building a high functioning staff team, moving the Trust into social investments, improving social impact reporting and further integrating social justice and sustainable development principles across our work.  So in approaching this article, I set about identifying writers who had helped me to think about those challenges and influenced how I tackled them.  Within the foundation community: Diana Leat, Julia Unwin, Avila Kilmurray, David Carrington.  From further afield: Jed Emerson, Anna Coote, Jan Cracknell, Ben Cairns, Barry Knight.  But I could multiply this list tenfold and still not exhaust the articles or reports which have subtly and virally altered how I see things and consequently how I think and what I do.

As that approach did not work, I looked back further to think: what was the reading that formed me and made me who I am?  Why am I doing the job I am doing and how is the Barrow Cadbury Trust a ‘fit’ with who I am?

The greatest formative influence of my childhood reading would have to be the teachings of Jesus in the New Testament.  I was raised by atheists and am an atheist myself but attended a Church of England primary school and was an active member of a non-conformist church throughout my childhood and early teenage years.  I was one of those children who could sing well, speak confidently and learn lines.  So there was very little of the gospel story I wasn’t called upon to act, recite, read or sing at one time or another.  I loved it too.  Loved the stories, loved the songs, loved the morals.  Jesus is still one of my heroes: non-violent, humane, non-misogynist, tolerant, forgiving and deep.

A few highlights from gospel readings, which play out in how I see the world and my aspirations for it include the parable of the Good Samaritan, who did not walk by on the other side of the road but stopped to assist someone in trouble.  To this day, this one pops into my mind when it is inconvenient to find change for the Big Issue seller and I walk past not catching his eye.  Jesus drove the money changers out in the Cleansing of the Temple and in other parts of his ministry made it clear that material greed is a distraction from, not the route to, a good life.  When he came upon the Woman Accused of Adultery and facing punishment by stoning, he stepped in: “Let he who is without sin cast the first stone” he told the crowd and, when they had dispersed, told the woman “Go, and sin no more.”  Taking direct action to prevent violence against women whilst also advocating personal responsibility - my kind of guy.

As a teenager I had intellectual aspirations and read constantly in the pursuit of ‘what to think’, a crucial part of the teenager’s quest to define ‘who am I?’. Some of what I read was predictable: Jane Austen, T.S. Eliot, Charles Dickens, Thomas Hardy (all in English), AndréGide, Albert Camus, Simone De Beauvoir (also in English!).  But I stumbled upon others through my early affinity with social movements, such as the civil rights movement in the USA, early gay liberation and the 1970’s wave of feminism. Texts which shaped my view of the world included Franz Fanon’s Black Skin, White Masks, an analysis of the psychopathology of colonialism and its psychological impact on those subjugated by it.  Together with Walter Rodney’s How Europe Under-developed Africa (the title says it all) this text, ambitious for a 17-year-old, was the beginning of my interest in the interplay between the psychological and the material, the psyche and the political realities of oppression.

Alongside this, ranked equally, were the 1970’s blockbuster new feminist theory texts: Juliet’s Mitchell’s Women’s Estate, Kate Millett’s Sexual Politics and several others.  They offered a structural rather than individual framework for understanding patriarchy and, crucially, advocated a new and feminised way of pursing political consciousness and ‘doing’ politics.  The slogan ‘the personal is political’ become integral to my way both of seeing and of being in the world.

I studied literature and education as an undergraduate and was influenced by Paulo Friere, Wilhelm Reich and Bertolt Brecht among others.  A quote from Friere’s The Pedagogy of the Oppressed, published in 1968, was on our kitchen wall through many years of activism:  “Washing one’s hands of the conflict between the powerful and the powerless means to side with the powerful, not to be neutral”.

So what about the influence on my current work?  My values and world view are closely aligned with that of Quakers, the Cadburys and therefore the Trust.  We seek structural not palliative solutions to inequalities and injustices. We reflect the values and concerns of our founders in promoting gender justice, racial justice, economic justice and criminal justice.  We support campaigners and community activists and seek to strengthen their hands and their voices.  We name racism and misogyny where we find it.  And we try to mirror our values in how we conduct our business.  The personal is still political. With a small p.”