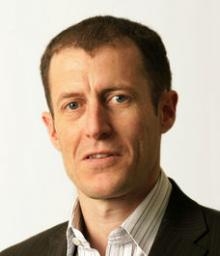 Although I was asked to name a few books which have most inspired and shaped my approach to philanthropy, as the piece is called Influential Reading, I’m nominating various types of reading: an oral history project, a website, a report and finally a book.

The oral history project is about Paul Hamlyn. He gave few interviews in his life, and didn’t write much. We’re often asked about him because his values guide the Paul Hamlyn Foundation’s work today. We decided to produce an oral history, talking to family, friends and colleagues.

He came to this country in 1932 with his family as a refugee from Germany. His beliefs were shaped by his education in a Quaker school, and he was strongly influenced by his experiences working in the mines in Wales during wartime as a Bevan boy. He was passionate about social justice, especially for young people, giving them the opportunities to overcome injustice and realise their potential and particularly to enjoy the arts and have a well-rounded education.

For me one of the most interesting aspects of his life as an entrepreneur, publisher and philanthropist is that he made his huge fortune (with which he endowed the foundation during his life and on his death) by producing high quality, well illustrated books at prices everyone could afford and ensuring that they were distributed and marketed in innovative ways outside the then-usual book selling channels, so enabling people who couldn’t normally have bought books to enjoy reading. It’s unusual amongst major philanthropists to have such a strong match between how the money was earned and how it’s later spent.

A website I often visit is www.theplace2be.org.uk. It’s a well-known charity that works inside schools to improve the emotional wellbeing of children, their families and whole school community. It features inspiring stories about the impact of The Place2Be’s work, and how they have learnt from what they do to improve their service and work effectively in partnership with schools.

Benita Refson established the charity in 1994 and has been responsible for its remarkable development and growth. It’s one of the best examples in the voluntary sector of taking innovation to scale: P2Be is now working in 150 schools supporting c.50,000 children. They’ve inspired a broad range of donors, using every fundraising technique effectively.

The report I recommend is ‘Increasing Voluntary Giving to Higher Education’ which was published in 2004 by a task force under the chairmanship of Professor Eric Thomas, Vice Chancellor of the University of Bristol, to advise government on how to increase and sustain giving to higher education. This sort of task-force and report is an old-fashioned model, but for me it stands out because of its willingness to address questions that sometimes get overlooked (e.g., the moral cases for fundraising), the clarity of the thinking and writing and the practical set of recommendations, both for achieving short-term change, and to address longer-term issues like changing the culture of giving within institutions and the wider public. I was a member of the Council of the University of Bristol from 2002-2008 (and remain involved on the development of alumni relations) and I know at first hand how effective some of the approaches recommended are.

During my time working at the Heritage Lottery Fund I studied for a diploma in General Management from City University delivered by Ashridge Management College. I was amongst their first intake of students and the programme was almost entirely self-directed with a strong emphasis on learning through doing in the real world situation in the work place.

One of the most useful books was Mike Hudson ‘Managing without Profit’ published by the Directory of Social Change (DSC) and now in its third edition. Over the years I’ve reread it and have found it full of practical wisdom. It’s helped me lead two foundations more effectively and also to understand the challenges which other leaders of not-for-profit organisations face. I’ve been able to use these insights to give greater weight to capacity building and leadership development in grant programmes.

A companion volume to ‘Managing Without Profit’ is Hudson’s ‘Managing at the Leading Edge’. This was produced jointly by Compass and the Centre for Civil Society at the LSE and published by the DSC in 2003. It draws heavily on the experiences of US not-for-profits, but as seen through a UK lens, and is particularly insightful about exploiting the changing patterns of funding. The questions it asks, and some of the answers, remain thought-provoking for philanthropists. By happy coincidence, and as a useful example of collaborative philanthropy, the production of the book was supported by the Paul Hamlyn Foundation, alongside the Calouste Gulbenkian Foundation, the Kings Fund and the Zurich Community Trust.