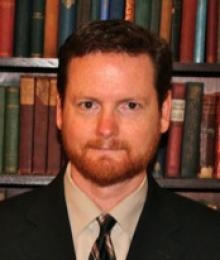 “Philanthropy is messy. There are plenty of ethical grey areas in philanthropic practice, and the boundaries around what is philanthropy and what is something else are blurry, and the terms and concepts we use to understand this messiness are diverse, ill-defined, and constantly disputed.

I generally have a pretty high tolerance for messiness – even embrace it at times – but everyone can use a good clarifying idea once in a while. Each of the three books that I have chosen have been the source of at least one illuminating concept that helps me make better sense of the messy reality of philanthropy.

The first is the most fundamental: a definition of ‘philanthropy’ itself, and a convincing argument for using that as our umbrella term. Robert Payton, who was mentor to me and many others, passed away in 2011 after a distinguished career as a foundation executive, university president, ambassador, and founding visionary for the Center on Philanthropy at Indiana University.

He published a collection of essays in 1988 with his preferred definition of his preferred term in the title: Philanthropy: Voluntary Action for the Public Good.

At the time of publication, scholarship about philanthropy was still in its infancy, and there was even less agreement than now about this ‘field’ or ‘sector’ (voluntary, nonprofit, charitable, whatever) as a field or sector. In engaging essays (he had been a journalist, too), Payton argued for ‘philanthropy’ as a broad, affirmative concept that could best stand alongside ‘government’ and ‘business’ and that could best capture the rich and welcome diversity of activity and organisations that should properly be included under the umbrella.

Payton’s definition of “voluntary action for the public good” was meant to be inclusive but also precise, to highlight the fact that philanthropy was about self-organised interventions in the world, and about explicitly moral interventions in pursuit of a vision of the good. He argued that an ancient term like philanthropy should encompass voluntary giving, voluntary service, and voluntary associations, because these three elements are closely integrated in practice, and because philanthropy is diminished if we think it is just about money.

The second book, published in 1973, has a wonderful title: The Economy of Love and Fear, and was written by Kenneth Boulding, a British-born and educated economist who lived most of his life as a professor and influential public intellectual in the U.S.

In the book, Boulding describes a new area of inquiry he calls ‘grants economics’, that attempts to explain ‘one-way transfers of exchangeables’ rather than the traditional two-way exchanges that social scientists had already established as key to social relations. These one-way ‘grants’ include certain personal transfers (e.g. paying for your children to attend university) but the most important grants are philanthropic, from giving a coin to a beggar to leaving a bequest to a charity.

In exploring the features and consequences of these one-way grants, Boulding coins the term I take away as a big, useful idea: “serial reciprocity”. The term is too jargon-y, but it is an economist’s way of describing what we now usually call ‘giving back’. Serial reciprocity is when we ‘repay’ those who have done good things for us, by doing good things for others at a later date. These recipients then become givers in turn and ‘pass it on’ down the line in a series of future, socially beneficial one-way transfers.

Once you have this idea of serial reciprocity in your head, you begin to see it everywhere. Someone lets you merge into a lane of traffic, and you then let someone else merge when given the chance. You volunteer to mentor a disadvantaged youth and tell him “don’t thank me, just do the same for someone else when you are my age”. Andrew Carnegie creates libraries in hundreds of American towns after being allowed, as a poor teen, to use the library of a prominent citizen in Pittsburgh.

The final book, Mountains Beyond Mountains, is written by one of the best American non-fiction writers, Tracy Kidder, about one of the most philanthropically accomplished Americans, the doctor/anthropologist Paul Farmer, who co-founded and operates an NGO called “Partners in Health.”

Farmer and his colleagues have developed a working philosophy of aid made up of shorthand nuggets of wisdom that they can turn to when the going gets tough. One of these is, for me, a constantly useful reminder of the moral purpose of philanthropy in the midst of complicated practice.

Farmer says there are times when, despite logistical difficulties or resource-constraints or considerations of cost-effectiveness, what should be done (or at least attempted and failed) is absolutely clear. He labels these ‘AMC’s or ‘Areas of Moral Clarity’. Partners in Health is one of the most proficient and praised providers of services in multiple countries, but Paul Farmer will still hike for hours over rough mountain paths in rural Haiti to visit a very sick patient unable to make it to the clinic. He knows it is an inefficient use of his time, but it is the right thing to do, and it is AMCs like this that keep him going.”