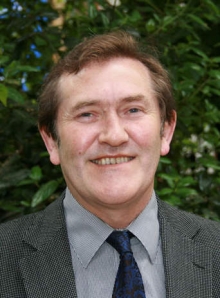 Our ‘influential reader’ in this edition is Bernard Mercer, Chief Executive of the Forests Philanthropy Action Network and former Publications Editor of Philanthropy UK.

My hopeless, lifelong infatuation with the printed word began in childhood, where there were almost no books – if you discount Foxe’s Book of Martyrs, Bunyan’s Pilgrim’s Progress, the Bible (King James version) and innumerable nonconformist tracts from the very strict end of the spectrum. But tucked away in a corner were Cassell’s Anthology of English Poetry (a school prize for my mother) and a volume of the ubiquitous early 20th century Poems of Today. These were so nourishing they were almost a substitute for food. Poetry has remained at the heart of my booky life ever since, along with science fiction, history, a few novels and biographies, philosophical assortments, and environment/natural history.

As an ideal philanthropic reading list, there are many omissions, especially the great works of political, economic and social theory, and the biographies of famous and inspirational donors, foundations, and charity leaders.  But apart from pointing to the glaring gaps in my library, this may tell us something about the nature of the `philanthropic profession’. Unlike actuaries and quantity surveyors, we are not required to toil over textbooks and pass examinations. Most of us arrive in this world by accident rather than design.

I feel there is a need for more formal and academic philanthropic training – we must be mindful of the dangers of dilettantism and ideology (free-market and otherwise). But we should also be unashamed of the drive to better the world, which, in my experience of working with funders and their advisors, is our common denominator. The diverse inspirations and influences that have led us into this field are sources of strength, not weakness.

If I were to recommend reading for students new to philanthropy, I would put more weight on speeches, presentations and papers than books. This is because the last decade-and-a-half has been more intellectually vibrant in our field than any previous period, with a flowering of thought and practice across strategic and venture philanthropy, social investment and enterprise, and analytical philanthropic research. Most of the ablest minds are still at work, including Martin Brookes, Dwight Burlingame, David Carrington, Bill Drayton, Jed Emerson, Joel Fleishman, Geoff Mulgan, Jacqueline Novogratz, and Robert Putnam.

My personal choices may seem to defy any logic so far as connectivity with philanthropy is concerned. A Canticle for Leibowitz by Walter M.Miller is perhaps the greatest of all apocalyptic science fiction novels, borne out of the author’s participation in the bombing of the Monte Cassino monastery in World War II. It tells us what might happen if we give up on bettering the world and allow hubris, fear and greed to take over. Edward Abbey’s Desert Solitaire is a trumpet blast for wild nature, set in the canyon lands of Utah. Abbey was a tempestuous and swaggering figure, and the fulminating, brooding and volcanic writing matches the landscape. Theodor Adorno’s Minima Moralia, originally published in 1951, is virtually the only philosophical work that I can find which truly captures what it is to think and feel in a world where God has long departed – yet morality remains. The Tragedy of the Commons, a 1968 paper by Garrett Hardin, is still central to the ongoing debate within philanthropy on the tension between caring for people and caring for the environment. Hardin sees the Universal Declaration of Human Rights as the ultimate act of anthropogenic hubris, legitimising the exhaustion of natural resources, down to the last fish.

My final choice is a poem, On the Death of Dr Robert Levet, which was written in 1782, when its author, Samuel Johnson, was 72 years old. This was one of the first poems celebrating the life of someone who was not rich or famous. Today he would probably be acclaimed as a social entrepreneur. Levet was a physician to London’s poor, walking miles each day, from Marylebone to Houndsditch, often taking gin or brandy as his fee, and was seen by many of Johnson’s friends as a rather strange drunk. But Johnson understood that this was a man of awesome charity, as the poem conveys:

“In misery's darkest caverns known,
His useful care was ever nigh,
Where hopeless anguish pour'd his groan,
And lonely want retir'd to die.

No summons mock'd by chill delay,
No petty gain disdain'd by pride,
The modest wants of ev'ry day
The toil of ev'ry day supplied.

His virtues walk'd their narrow round,
Nor made a pause, nor left a void;
And sure the' Eternal Master found
The single talent well employ'd.”

Bernard can be contacted at bmercer@mercerenvironment.net.