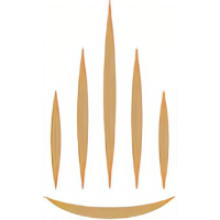 A response to “Giving by the super-rich could be perpetuating social inequality, academics conclude”

Stephen Delahunty published an article in Third Sector entitled ‘Giving by the super-rich could be perpetuating social inequality, academic conclude.‘ The article is based on new research published by academics from the University of Bath School of Management and Newcastle University Business School.
The study – Elite Philanthropy in the United States and the United Kingdom in the New Age of Inequalities – is based on a literature review of 263 studies, from Carnegie in 1889 to the present day, and focuses on multi-millionaire and billionaire philanthropy. It concludes elite philanthropy has received insufficient academic attention and more quantitative and qualitative research is required to understand the interplay between entrepreneurship, wealth and philanthropy. We would support this.
The study is an important and comprehensive literature review. However, the exclusive reliance on academic sources, which the authors acknowledge does not provide a thorough explanation of the dynamics we observe in philanthropy, means the analysis lacks the context of real-world practice. It infers motive from academic observation; it includes no direct analysis of the actions of philanthropists; and, it fails to take account of the role played by non-academics in the philanthropy sector who work to promote best practice considering ethics, power and accountability.
In this article, we seek to address the principal misconceptions that have been drawn out from the paper in Stephen Delahunty’s article. You can find other articles on this theme here, by Paul Vallely, and here, by Dr Beth Breeze.
Read the original study
The article begins by asserting that “large-scale giving by the super-rich has done almost nothing to redistribute wealth from rich to poor”. This statement makes a fundamental assumption that it is the intention of philanthropists to redistribute wealth. Philanthropy reflects the personal desire of individuals to contribute to positive social or environmental outcomes. Wealth redistribution is a matter for economic policy.
Similarly, the article asserts that “giving by wealthy individuals [has] helped to preserve social inequalities.” Once again, this suggests philanthropy has both the mandate and the capacity to upend social inequality. While it is true that some experienced philanthropists work towards systemic transformations, the majority of giving is focused on alleviating suffering and needs that are the result of pre-existing social inequalities.
It goes on “giving by the super-wealthy had failed to significantly benefit poor countries in the developing world.” Not only does this statement again assume philanthropists have the capacity to enable transformative economic development in poor countries – even where governments have failed to do so – it also fails to acknowledge the enormous challenges involved in giving money to non-profits in developing countries, as Beacon highlighted in research published last month. As a consequence, philanthropists who wish to contribute to international aid and development often do so via multinational NGOs, and the methodology of the research will not take account of such practical challenges.
Despite these failures, the article says “considerable dividends [are paid] to donors in the form of privilege and influence in society and politics” with “the super-rich able to pursue personal and political agendas through major charitable foundations”.
Firstly, assuming that the motives of philanthropists are not altruistic (which the study does as a central premise), there are regulations in place in the UK designed specifically to check such transgressions of power. All charitable foundations in the UK, even those funded by the super-rich, are bound by Charity Commission regulations, which require campaigning activity to be aligned with the foundation’s purpose and, in turn, must serve the public benefit. Secondly, there are rules governing party political campaigns, with strict limits on how much candidates and parties can spend. These rules are specifically designed to impede the capacity to “buy” political influence in the UK by philanthropic or any other means.
The ultimate expression of the disproportionate “social and cultural capital” received by philanthropists, the article suggests, is in the form of UK honours. On this point, it is worth noting that in the New Year’s Honours List only 4 of the 1,239 honours were given explicitly for philanthropy. One presumes the other 1,235 honourees were “amassing … social and cultural capital” in different walks of life.
Next the article argues that efforts to reform tax incentives, such as the cap on tax relief for donations, failed because “because philanthropists … almost universally opposed any changes to the system”.
Here, it is important to note that tax incentives are offered to encourage more giving for the benefit of civil society, not for the benefit of philanthropists. The majority of the tax relief goes to the charity in the form of GiftAid. Furthermore, the campaign against the tax cap on charitable donations in 2012 was, in fact, spearheaded by NCVO, not by philanthropists, on the basis that it would choke the flow of money to civil society.
We would suggest there is an alternative narrative that urgently needs academic examination, which is that financial success itself creates social privilege and political influence. In the act of becoming a philanthropist a wealthy individual acknowledges this privilege. When practiced well, philanthropists consciously defer this power to the causes and individuals they support and through this act of deference can challenge the status quo.
While there may be several zeros on the cheque, philanthropy is not a major economic force with the power to right social wrongs. Rather, it is a reagent within a wider system with the role to agitate and activate the messy process of positive social change.
To Find out more plaese go to The Voice for Philanthropists | The Beacon Collaborative