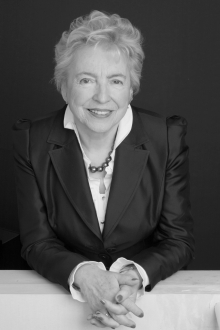 In recent months, many quality charities have lost the trust of their donors. Major donors – philanthropists – wonder if they should do something, and if so then what.

As founder of several charities and initiator of many charitable projects, I tend to have a personal relationship with each project team while enroute to sustainability. The culture stems from me: pioneering; holistic; excellence – plus the lessons of my business years: focus, innovation, strategy.

I love to learn, to do new things and make new things happen. The pursuit of quality is more than a mission statement. It demands numeracy. As a venture philanthropist, I am always asking “how well are we doing?”  “did that meet its target?” and “how could our funding have more impact?”  Then there are subsidiary aims: “was it cost-efficient?”  “did we listen to the market?” and “can the work now be generalised?”

The Shirley Foundation mission is:

Facilitation and support of pioneering projects
with strategic impact in the field of autism spectrum disorders
with particular emphasis on medical research.

The “Smarter Grants Initiative” identified the desirable actions which my foundation had, in the main, already in place. Things such as not having an overly complex application process; strong communication with grantees; and mutual expectations re: outcomes.

Last year, The Shirley Foundation assessed the impact of the £68m social investments it has made over the past 20 years. The study excluded £3m miscellaneous gifts (mainly to art-related projects) and over 100 “small” grants totalling £5m… so not all that small.

The survey response rate covered 85% of our donated funds.  And 94% of those reported that the intended results were achieved (plus some unintended good outcomes); that the reporting of key milestones and results which we always require were in fact helpful; and that the results of the funded work could be generalised to other situations both in the autism sector and elsewhere.

Hands-on venture philanthropy is hugely stimulating and we were all pleased that the grantees reported the foundation’s ongoing support as “inspirational”. Projects were indeed pioneering and disruptive; successfully influencing policy makers and leveraging additional funds.

I am most proud of a current project: £100,000 funding the National Autistic Taskforce.  Funding to do what?  My brief to the group was whatever they thought best – so long as it was charitable and for autism.  To my knowledge, there have been only a few undefined projects to parallel my trustful gift.  One is the Joseph Rowntree Charitable Trust’s Visionary Project 2004-10 which (significantly?) was not repeated.

If I were doing it again, could I have done more?  The foundation outperformed grantee expectations which supports my proud claim that the Shirley Foundation is a positive example of best practice in giving.