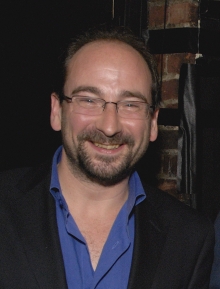 On 20th March George Osborne will be wielding the battered red briefcase again on the steps of 11 Downing Street. Last year’s announcement of a cap on tax relief on charitable gifts came out of the blue, flying in the face of the Government’s pro-philanthropy rhetoric. Under pressure from the ‘Give It Back George’ campaign, Mr Osborne dropped the planned cap. Will there be more surprises, good or bad, in the Chancellor’s budget speech this year?

Mr Osborne is certainly not short on advice on what he could do if he wanted to please the charity sector. Back in 2011 the ‘Philanthropy Review’ chaired by Thomas Hughes-Hallett then CEO of Marie Curie Cancer Care, championed a range of reforms including a proposal that top-rate taxpayers could opt out of Gift Aid and claim back a tax rebate on donations at the 50% (now 45%) rate instead. In 2012 the Legacy10 philanthropy lobby led by PR executive Roland Rudd suggested easing the top rate of tax on high earners from 45% to 42.5% for those who are willing to make a commitment to some programme of structured giving. Only last December the Higher Education Funding Council ‘Review of Philanthropy’ chaired by Professor Shirley Pearce the Vice-Chancellor of Loughborough University, echoed the call that others have made before for tax breaks for ‘living legacies’ (where a donor makes an irrevocable gift to charity during his/her lifetime, attracting an immediate tax break and retaining a proportion of the investment income on the gift for the rest of his/her life). Yet as the Chancellor pores over his options, all these ideas come with a red flag – they all cost money.

The context for Budget 2013 is, frankly, awful. The dismal scientists of the Institute for Fiscal Studies, in their annual ‘Green Budget’ report that was published in February, say that slow economic growth has driven a coach and horses through the Government’s original plans to eliminate the deficit by the end of the Parliament in 2015. As a result, Mr Osborne not only has no money to give away, he is still on the hunt for ways to cut spending and boost revenues.

This is not a problem unique to the UK. Across the world governments are scrabbling around for new ways to raise revenues, often with an eye to the well-off. French President Francois Hollande set the pace with his plans for a super tax on the rich that sent Gerard Depardieu scurrying off to Siberia with a freshly minted Russian passport. No one expects Mr Osborne to follow the French example but the pressure is growing to put the squeeze on the wealthy in some way. The IFS, for example, thinks that cutting some tax reliefs and exemptions that would be a good way to raise revenue without imposing new taxes or raising rates of taxation, and it would simplify the tax system. Tax relief on charitable donations is not one of the loopholes that the IFS has singled out to be closed and their senior research economist Stuart Adam stresses that they are not taking a view on tax policy for charity.

The Government ‘spent’ about £1.5 billion on Gift Aid and Payroll Giving last year, of which two thirds went direct to charities and one third to higher rate taxpayers as a rebate on their tax bills. This is small beer in the grand scheme of things (£1.5 billion is about a quarter of a penny of income tax). But that is not a reason for the charity sector to rest easy. Even in the United States, often held up as an exemplar in how to use the tax system to promote charity, the debate is changing and philanthropy’s champions are worried. Since 2009 nonprofit leaders have spent $21 million on lobbying to fight White House plans for tighter limits on the tax deduction available to America’s high-earning givers. Whether the charitable tax deduction can continue to resist reform as part of a wider deal to tackle the US budget deficit is by no means a foregone conclusion.

Even if Mr Osborne were inclined to splash a bit of cash to promote philanthropy, Treasury officials point out that the evidence on tax incentives as a way to encourage giving is pretty feeble. Scratch the surface on claims like that of the Philanthropy Review that offering a full tax rebate to wealthy donors could generate up to £1 billion of extra giving and there’s precious little evidence for this assertion. Rather, the data suggests that the correlation between tax and giving is actually pretty weak. The much-maligned Gift Aid scheme, for example, is now costing the Treasury, in cash terms, 80% more than it did in 2005. Yet in that period, according to ‘UK Giving Trends’, giving has barely gone up 20%.

“Donors are not price sensitive to changes in the tax rate”, explains Professor Sarah Smith, an economist at Bristol University who has done the most rigorous work to figure out the relationship between tax incentives and giving in the UK. Her 2009 study on options for Gift Aid reform, with Professor Kimberley Scharf of Warwick University, used quantitative and qualitative data to look at impacts on levels of giving and the public finances. Based on their analysis, rather than hoping for new wealthy donors to step up by giving them a chance to claim the full value of their tax subsidy as a rebate, as proposed by the ‘Philanthropy Review’, the charity sector would be better served if there were no rebate at all. That way, charities would get the whole tax subsidy rather than sharing it with the donor through the rebate.

Many in the fundraising and philanthropy sector are sceptical, believing that tax incentives have a greater impact on the giving decisions of major donors than predicted by the Smith and Scharf study. Even if that’s the case, philanthropy’s advocates still need to be realistic. The last 30 years have seen a steady improvement in the tax environment for giving in the UK. (Let us not forget that, despite the fiscal headwinds, Mr Osborne has brought in the new tax break to incentivise legacy giving.) The pressure to justify even existing subsidies is the real battle now.

The Government’s position in last year’s tax cap debate was weakened by the inability to come up with any evidence of abuses of the Gift Aid rebate. Might things have gone differently if the ‘Give It Back George’ campaign had been making its case in the face of the evident manipulation of the recently reported Cup Trust scandal, where tens of millions of pounds were claimed in Gift Aid by an organisation that gave away just £55,000? This is one isolated case but last year’s debate exposed the flimsiness of the evidence about tax incentives for giving. Advocates of the public subsidy to philanthropy will need more and better research on donor behaviour to produce credible evidence.

All is not doom and gloom, however. The Government can help giving in ways other than creating new tax breaks. In his Autumn Statement Mr Osborne said that he would be looking into ways to make Gift Aid easier for digital donors. The Treasury is less clear on what the solution might be but, if it can be found, charity incomes will benefit even if there is no wider catalytic effect on overall donations (and Treasury can live with the relatively low cost of a measure that creates no new precedents).

The Government has also admitted recently that payroll giving is failing and that something has to change. This is to be welcomed. Maybe the idea of opening this market up to new, commercial providers that has been mooted would make a decent footnote in the budget speech. Successful or not, it is worth a try and might free up some time to think about other, more effective, ways to promote corporate do-gooding.

Another issue on the Government’s mind is what to do with social investment. At the moment, the UK tax system strongly favours doing good through giving money away, even though it is just one way of addressing social problems. Given that there’s quite a lot riding politically on the success of Big Society Capital, maybe there is a will to spend a bit of money to catalyse the nascent class of social investors? The Treasury already has incentives to boost, for example, venture capital, so why not something similar for social investment? The case against is the IFS argument against creating more tax loopholes but, who knows, maybe the temptation of ‘an announceable’ might be too much for the Chancellor to resist.

In the absence of fiscal good news, chancellors will often sweeten the pill with a few spending initiatives. This might be the most fruitful area for philanthropy’s lobbyists. A ‘Better Asking’ campaign was one of the conclusions of NCVO’s 2010 Funding Commission report and the Office for Civil Society’s programme of support for small charities’ fundraising is enthusiastically endorsed by many in the sector. “This is targeting small, local, grassroots organisations working with marginalised groups,” says Ceri Edwards the Director of Policy at the Institute of Fundraising, “ensuring they develop the necessary leadership skills to fundraise more effectively.” The call for more support to fundraising is echoed by the Charities Aid Foundation (CAF), which also wants the Chancellor to send a strong signal to government spending departments and local authorities that charities should not bear a disporportionate burden of cuts.

Those hoping for a grand gesture of fiscal support to giving will probably be disappointed by Budget 2013. Then again, expectations were just as low last year, before Mr Osborne dropped his tax cap bombshell. Hannah Terrey, the Head of Policy at CAF, probably speaks for a lot of people in the sector when she looks forward to this year’s budget and says “Let’s hope it’s dull.”