PART ONE OF A THREE-PART SERIES

As a partner and former chief executive of the UK’s last truly private bank, C Hoare and Co, Alexander Hoare probably had philanthropic values sprinkled on his cornflakes from a young age. Hoare’s is not only famous for the calibre of its customers – Samuel Pepys and Jane Austen to name two – but for its values. Philanthropy and a sense of community go handin-hand with the banks’ insistence on keeping an eye on the longterm. Although when the average length of customer tenure is three generations, you can understand why such values make so much sense for its client base and for the eight direct descendants of the founder that serve as partners.

Make no mistake, however, all this tradition has not produced a traditional thinker. During his time running the bank from 2001 to 2009, Alexander instigated a major modernisation of the bank’s services, a two-fold increase in capitalisation and welcomed the first non-family members as chairman and CEO after he stood down. Alexander was an early advocate of the social investment movement and has built a portfolio which he hopes to use as a tool to encourage others into joining him in impact investing. He is involved with various charities and since 2011 has collaborated with the Bulldog Trust on some of our most innovative grant-making projects. It therefore came as something of a surprise that Alexander believes C Hoare and Co is absolutely right in offering no formal philanthropy advisory services to its customers.

“The bank is in the business of building a trusted relationship with its customers,” Alexander explains, “and we believe that trying to make a business out of philanthropy might put that at risk.” Instead he argues that because the Hoare’s service is truly bespoke, partners and relationship advisers must understand all of their customers’ interests so it is impossible not to be aware of their philanthropic as well as their finance needs. Relationships are so well developed that providing the right contacts to someone interested in funding in Kenya, or convening customers with a similar interest in the migrant crisis comes entirely naturally and is one of the ways the bank retains an edge over competitors.

“Our principled approach is well-known in our segment of the market and it attracts like-minded customers,” Alexander notes, although when you’ve purposefully kept the number steady at 10,000 for the last 50 years, some might say the rarity value of being able to access Hoare’s services plays an equally important marketing role. Refusing to expand is all part of the famous approach – the bank can only know so many if they want deeper relationships – but does this model actually promote philanthropy? Alexander believes that it does for their customers, and anyway the vast majority are already doing more than most people understand. He told the story of asking one customer if he knew anything about philanthropy – the response was negative “although he said he had once raised £20m for a charity”.

C Hoare and Co does offer one philanthropy service – a donor-advised fund that has proved extremely popular. But Alexander is quick to point out that even this is not profit-making. It is also the only Hoare’s service that is available to non-customers. The motivation for its establishment was to encourage customers to give more by saving them time and money and it seems to be working. The partners expected that it would be used by individuals looking to establish funds under £2–3m as a more efficient option to setting up a foundation, but in fact has some holders of over £10m. “It seems that people see that if it works small, there is no reason for it not to work big,” says Alexander with a shrug.

For his listed competitors who are forced to turn philanthropy into a business proposition, he is sympathetic as he believes that it is so difficult to run such services under the continuous pressure of quarterly reporting. He notes there may be a possibility for social investment to square this circle in future, but that, as it is such an immature market, this is a long way from being the case.

Alexander is also less positive on whether he is noticing growing interest amongst his customers in social investment, something that he has been an early supporter of. He notes that he wrote to all 10,000 to invite them to focus groups on ESG, social investment and the investment policies of the bank but got only five replies. “They all said that they trusted us to do the right thing,” he says without managing to keep the disappointment from showing.

So can his customers be influenced? “It will come,” he says firmly. “Mainstream markets are not serving the interests of investors or the public anymore and there is an increasing desire to go local which community and social investment can answer. Instinctively our customers understand that orientating towards money leads to bad relationships whereas orientating towards outcomes is much more positive in the long term and that there will always be enough money to go around.”

Social investment is such a nascent market that helping to build the buzz is key. He notes with approval the rise of intermediary organisations such as New Philanthropy Capital and Philanthropy Impact that are providing education to investors, philanthropists and advisers, and drawing new blood into the sector.

Alexander is positive about the future as long as certain obstacles are addressed: “There is a wall of money looking for good investments that can create impact and a gaping need for funds in the civic sector. But we need more trusted intermediaries to make things happen and the threat to progress posed by the current levels of regulation must be addressed.”

He is also concerned that more support is made available to innovative smaller organisations to help them break through to the mainstream. He cites Golden Bottle/Bulldog-funded projects such as Street Doctors, Hackney Pirates and the Archway Project as evidence of how little can be needed to lift an organisation onto a path of greater sustainability or scaling. And even some of the negatives may be opportunities, he notes – bad charities will be more likely to fail due to the increased emphasis on impact reporting, and the government retreat from funding services will force civil society to be more enterprising. “Millennials have a different relationship with money and it will change things,” he predicts. “Social investment will be redundant within a generation as all investments will have impact built in.”

And with his clients, well, it sounds like his most powerful weapon is to continue to lead by example.

The Archway Project in Thamesmead, South East London has been working since 1982 to enrich the lives of young people disengaged from formal education, through delivering a range of accredited courses and activities, including motorcycle and car mechanics, off-road motorbike riding, horticulture, cookery and healthy eating, and life-skills such as accounting. Since it began it has worked with over 5,000 young people, with a track record of cutting negative involvement with the police from 58% to 13%, pre- and post-membership of the organisation.

In 2014 the Golden Bottle/Bulldog Funding Initiative awarded Archway a grant of £9,938 to pilot a BTEC Diploma course in ‘Information and Creative Technology’. Success of the pilot has had major impact for Archway in three ways: they are now able to make much better use of their IT resources, the pilot provided its eight non-fee paying participants with a high-level qualification and it provided a model that is now generating a longer-term income stream for the organisation as a whole. 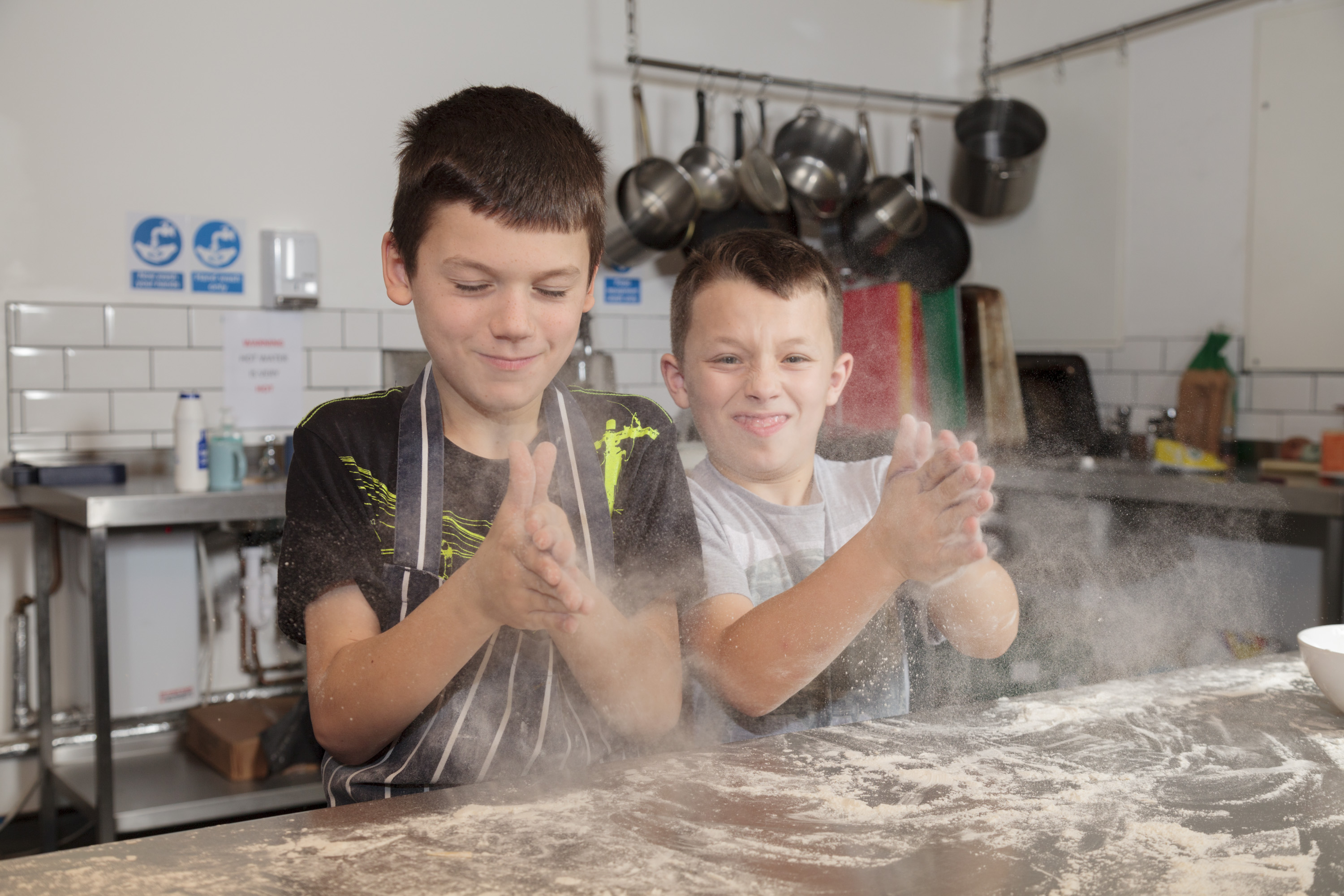 This article first appeared in Issue 12 of Philanthropy Impact Magazine. Download this article as pdf.