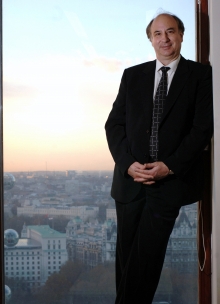 The UK charitable sector[1] is economically significant, ranking in the top half of all UK productive sectors in terms of gross income and expenditure, balance sheet assets under management, employment, rate of job creation and number of customers/beneficiaries.  It has an absolutely central role in tackling society’s ills and acting on our behalf to help the neediest and most vulnerable. The charity sector is also driven by the very best of intentions. Yet the particular way that we, as a society, have chosen to fund the work of the charity sector may severely constrain its ability and desire to do its best to meet our expectations – despite everyone’s best intentions. It is a classic “prisoner’s dilemma”, where each actor responds logically to the incentives they face only to produce an outcome that is bad for everyone. Escaping this dilemma will require us to rethink our centuries old way of using private money to fund charities and to recast the next engagement between the sector and the Chancellor from a demeaning tussle over levels of tax relief to a joint effort to restructure the way traditional charities are financed and build an infrastructure that will help the sector deliver the full measure of social value that we demand.

The estimated ranges for charity spending on fundraising in the US and the UK go from c.15% to 50%.   If we take the 33% midpoint of this range for illustrative purposes, this percentage is easily more than three times the average costs of raising commercial finance in the private sector.  When applied to the UK charity sector’s estimated total income between 2000 and 2012 of c.£410 billion, the amount “wasted” on charity sector fundraising (that is, net of what it would cost the private sector to raise the same amount of money) over that period comes to approx. £124.5 billion that should have been spent on doing good

Worse, if up to 50% of the time of charity leaders is spent on fundraising, this obviously limits the amount of time/effort that can be devoted to other essential tasks – such as planning, managing staff, running day to day operations, fixing problems, for example. But most important of all, when the best and brightest working in the charity sector are spending so much time fundraising, this happens at the expense of devoting conscious effort to innovating and improving performance[2] – which is by far the most important source of value creation in every other productive sector in our economy. This misallocation of effort, allied with the failure of governments and philanthropists to support the pursuit of innovation in the sector – which government especially does on a major scale for the rest of the productive sector – imposes a huge opportunity cost on the most vulnerable and is collective madness from a societal point of view.

The broken capital market for charity also means that philanthropists and charities of all sizes are forced to competitively pursue and then maintain multiple, bilateral fundraising, transaction management and reporting relationships.  This is grossly inefficient and socially costly.  It discourages co-operation – when co-operation should, in mission terms, really be their default mode of operation.  This in turn, severely inhibits the sharing of best practice, shields philanthropist and charities from getting objective, constructive criticism of their performance and constrains the sort of cross fertilization of ideas and experience that leads to innovation.  It may generate just enough funding for charities to carry on but in fact it lowers average performance standards of the sector below what is possible and thus imposes further opportunity costs on the most vulnerable.

High funding transaction costs married to low barriers to entry directly contribute to the emergence of a highly fragmented charity sector with very large numbers of very small charities and very small numbers of medium to large scale charities.  Whilst it’s often argued this small-scale tail of the charity sector is a good thing as this is how the most urgent, local social ills are best addressed, in fact there is a well understood and documented set of socially costly structural features associated with the small-charity dominated UK charity sector – known in the field as “voluntary sector failure”.  Small charities can raise enough money to survive but are unable to generate resources on a scale adequate and reliable enough to deal successfully over sustained periods with the complex challenges they choose to focus on. Small and even medium sized charities who are top performers still find it extremely difficult to access the funding they need to “go to scale”, so their unit delivery costs remain high and the wider community of potential beneficiaries is denied access to the unique solutions they offer. Finally, charities tend to be unevenly distributed across locations and problem sets, a kind of philanthropic “particularism” that is pronounced in the UK and very costly from a community and societal perspective.[3]

At the root of these problems is the prisoner’s dilemma: to succeed individually within the dominant funding paradigm, the primary stakeholders in charity sector are compelled to follow behaviours that collectively produce a sub-optimal outcome. Charities, we know, vary widely in terms of impact and quality but the funding paradigm means that they have little interest in comparative assessments of their performance.  So unless the philanthropist uses some form of rigorous, objective, comparative performance analysis to choose the best performing charity to fund (which most do not), the risks are high that many philanthropists will not choose the socially optimal performer[4].  Even philanthropists focused on impact prefer supporting charities/projects with very specific goals whose actions in turn only address one aspect of systemically caused problems.  Yet we now know that solving these systemic problems almost always requires community-embedded, collective action by many parties.  So, stand-alone, project/issue specific charity/philanthropist partnerships may not deliver socially optimal solutions.[5]

The scale of the resulting social costs of this systemic underperformance is potentially now so significant that the time has come to consider a fundamental reorganisation of the way we fund the charity sector.  The first step in reconstructing the capital market for charity must be to produce rigorous case study and comparative data. This is essential to prove the superior social and economic value generated via the work of philanthropists and charities, compared to government spending, that is the only justification for tax subsidies to giving. It will also help us to understand what forms of philanthropy and charity work best to solve different kinds of social problems and deliver a constant stream of social value adding innovation and performance improvement over time. Finally, it will guide us in the design of the right kind of policies and infrastructure needed to make all of this come about.

Equipped with this sort of empirically based understanding of how it works best, the charity sector will be able to take the lead in proposing to the government a much more constructive platform for engagement that offers the prospect of win-win outcomes for all parties around the important issue of how to help the charity sector maximize its contribution to society. This, in turn, will help the government to tone down its cheerleading efforts to get us all to “give more” and instead take the lead (with institutional philanthropies in close support) in promoting and funding this kind of social value adding knowledge generation for the charity sector.

The widely offered but lame argument that the current UK charity tax rules are the best we can do is simply not good enough.  Insights into giving from experimental and behavioural psychology and economics indicate that exploiting the “peer”, “menu”, “attractiveness”, “leverage” and “match” phenomena (among others) triggers additional charitable donations from a given population.  Moreover we know tax system experiments in the US and elsewhere have shown that finely honed packages of contribution credits, deductions and targeted tax incentives (facilitated by automated withholding and allocation algorithms) can ensure charitable contributions are both maximized and used in a more socially optimal manner.[6]

The government has the mandate and the convening power – though neither the insight nor political will ‒ to initiate this process.  But these alone are not enough, as the government cannot bring about these changes on its own.  It needs a willing, innovative, well informed and adequately resourced charity sector as partner.  In future essays for Philanthropy Impact Magazine, I will be looking further at how key stakeholders in the UK charity sector can help bring this about.

[1][1] In this note, the main reference and target groups are registered and unregistered charities but not social enterprises), philanthropists of all kinds – and philanthropy advisers, the “giving public” and government. I recognize, of course, the importance of the social finance and social enterprise sector as a major source of new ways to finance and deliver some social goods.  But that segment of is the UK social economy is still relatively small, so I concentrate our critique on the large remaining rump of sector funders and service deliverers still relying on and providing traditional charitable and grant funding.

[2] The kinds of effort required to innovate and continually improve performance in the charity sector – and the outcomes that result – are very different and not highlighted or captured by the kind of “impact measurement” the sector is currently being compelled to spend valuable resources on.  This topic will be the subject of a subsequent essay.

[4] The UK Cabinet Office now believes comparative selection techniques such as Randomised Control Trials are the best way of selecting the best policy. Presumably they would endorse the much wider use of RCTs by UK philanthropists.  See L.Haynes et al (June 2012) Test, Learn, Adapt: Developing Public Policy with Randomized Control Trials, Cabinet Office, and Caroline Fiennes (2012), It Ain’t What You Give, It’s the Way that You Give It (Giving Evidence Ltd, London) .

[6] See Robert J. Shiller (2012), Finance and the Good Society (Princeton University Press) and Tim Harford and Sarah Smith (June 2012) Increasing charitable giving – what can we learn from economics? (The Centre for Market and Public Organisation:University of Bristol).