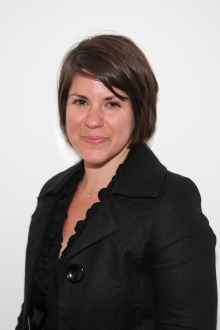 Mr. X came to see us on a grey day in London to set out his philanthropic vision for supporting the next generation of philanthropists in Britain.  Some of his truly generous plan fit squarely within what is recognised as ‘charitable’ while some of it – though no doubt beneficial to society – did not.  Working through his goals and priorities in discussion led us to create a hybrid structure so as to work with the constraints of charity law (and those all-important tax reliefs) without sacrificing his vision.

Mr. X had come up from nothing and had worked hard to move beyond poverty and exclusion. He had benefitted from a scholarship at school and credits this experience with giving him access to opportunities he never would have had otherwise. Now that his entrepreneurial business had made him more money than he could ever realistically spend, he wanted to give the same break to young people, particularly those from ethnic minorities.

Looking at his own experience, it was clear to Mr. X that beyond education, entrepreneurship was the pathway out of economic and social exclusion. He wanted to support graduates to be next generation of entrepreneurs by investing in their business ventures after a few years on the job market. It seemed unlikely to Mr. X that these investments could be justified on their financial return prospects – they were in reality likely as not to end up, effectively, as gifts. After a great education and a few years working, the entrepreneurs would no longer be poor themselves, but they would still need professional nurturing and finance to get them off the ground.

Mr. X wanted our help in establishing a charitable foundation to do this work.  He thought the foundation’s work would improve society by enable poor, excluded young people to participate and themselves improve society by creating jobs. If this worked, Mr. X wanted to set up local charities in several other jurisdictions he had come to love through his international work and travel.

Now reader, sometimes we meet some interesting giving motives on the philanthropy front line (no doubt many of you have too) ……but take my word, Mr. X seemed entirely altruistic and generous to me.  With such genuine motivations, it came as a shock for him to learn that creating jobs and stimulating the economy through investment is not itself ‘charitable’ and that, for this reason, the second stage of his giving vision would be difficult for an English charity.

We talked about the benefits of charitable status and about various ways that parts of the entrepreneurial support stage might be charitable. In the end, however, the constraints of charity law were starting to look like a bad fit for this part of Mr. X’s vision.

At this point there were two choices – should Mr. X shoe-horn his vision to fit the legal constraints of funding the whole programme through a charitable foundation or should we step back and see if there was a way to keep the vision intact?

Some donors might tailor their plans to ensure that they can be undertaken by a charity and therefore that their giving will be properly tax-relieved. Others, like Mr. X, as it turns out, have a particular project in mind and if part of it must be funded without the benefit of charitable tax reliefs, so be it.

For Mr. X, it was clear that pursuing the scholarship programme only would leave a key element of his project incomplete. What worked for Mr. X’s philanthropic vision was a hybrid structure – the new charitable foundation would undertake charitable activities only and would fund the scholarships and other educational activities aimed at social exclusion. In parallel, a social enterprise would be set up to undertake the entrepreneurial ‘investment’ and ongoing support of the young entrepreneurs.   This was likely to be non-profit, but if it did generate profit, gifts to the charity could be used to ‘reinvest’ in the vision (and mitigate corporation tax). No one likes added complexity but in this case a measure of it - and a bit of flexible thinking - allowed Mr. X to implement his whole vision.