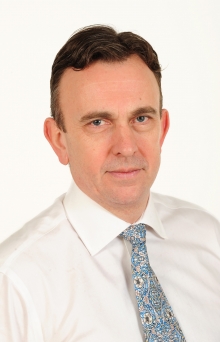 Click here to download the article in printer-friendly PDF
Social investment is about using repayable finance to make a positive difference to people’s lives and the communities in which they live. Big Society Capital is playing an important role in developing this market by increasing the scale and type of funding available to charities and social enterprises and, at the same time, increasing the instruments investors can use to achieve both financial and social returns.

Since Big Society Capital’s launch in the UK we have seen considerable developments such as the first social bond fund that can be held in an ISA; the introduction of a Social Investment Tax Relief; and the growth of the charity bond market.
Most importantly, Big Society Capital is growing a market that will provide funding to address real issues. Already charities and social enterprises are using it to support a broad range of programmes, including early interventions to prevent youth unemployment; enabling community organisations to tackle isolation among older people; and increasing the chances of finding suitable adoptive parents for hard to adopt children.
This article looks at Big Society Capital’s journey from inception to where we stand today; what the institution was set up to do; what has been achieved to date; and how our strategy is evolving for the future.
The journey to establishing Big Society Capital
Big Society Capital was launched as the world’s first social investment bank by Prime Minister David Cameron in April 2012.However, the proposal to establish a social investment bank had its roots in 2000 as an idea of the Social Investment Task Force established by the then Chancellor, Gordon Brown.
The proposition was that there should be an institution that would act as a source of investment funding and support for organisations that provide finance for entrepreneurial activity in deprived areas
and in particular to ‘third sector’ organisations.
Sir Ronald Cohen established a Commission on Unclaimed Assets in 2005 which proposed that the estimated £500 million of assets left in dormant bank accounts in the UK could be used to establish a social investment bank. Its final report, published in 2007 after widespread consultation set out a blue print for what the organisation would look like and its functions. The idea was embraced across the political spectrum and the Dormant Bank and Building Society Accounts Act 2008 with cross-party support.
In addition to the money pledged by Government, the four major high street banks agreed to each invest a further £50 million in equity in Big Society Capital. Capital is paid into Big Society Capital over a period of time (initially five years).
Our founding mission and principles Big Society Capital’s mission is to grow the social investment market in the UK. It has two principal roles: to act as a market champion to raise awareness and encourage other organisations to engage with the market; and to invest in organisations that provide finance and support to charities and social enterprises to help build a diverse market of social investment providers.
The founding principles of the organisation are:
How we operate
Big Society Capital invests alongside other investors. At year-end 2013, the £48 million of signed investments made by Big Society Capital have been matched with over £55 million of investment from other sources.Going forward it is hoped to raise the match achieved to higher multiples.
In its market championing role, Big Society Capital has brought together impact specialists to help establish a common framework for reporting impact – the Outcomes Matrix. As well as hosting and sponsoring regional events to support awareness-raising across the UK about social investment, Big Society Capital has dedicated teams helping to develop engagement with those providing finance
including trusts and foundations, mainstream financial institutions and the community of high net worth individuals. We are also engaging with frontline charities and social enterprises and their membership
organisations to raise awareness of where social investment can be used effectively.
How we’ve been investing
In its first year, Big Society Capital made investment commitments of £57 million across 20 investments. These comprised both general and specialised funds, social impact bonds and operating intermediaries to support the social investment market. Generally speaking these investments were reactive to demand.
The second year of operation saw total commitments made rise to £150 million as Big Society Capital not only continued to respond to demand from existing institutions but also signalled five specific areas where it was looking for investment opportunities.
Big Society Capital flagged an interest in the establishment of: regional funds (realised through North East Fund and Social Growth Fund (with Social Investment Scotland)); funding for community organisations (Community Investment Fund); retail investment suitable for ISA investments (Threadneedle Social Bond Fund); and unsecured lending (two new funds: Social Impact Accelerator Fund and Third Sector Loan Fund).
Big Society Capital has also invested in operating companies supporting the sector including investments in Charity Bank, Social Stock Exchange and ClearlySo.
Details of all Big Society Capital’s announced investment commitments can be found on its website (www.bigsocietycapital.com/how-we-invest).
Our future strategy
In 2014, Big Society Capital looked closely at its strategy and set out the four elements it sees for developing a thriving social investment market in the UK:
Final thoughts
It has been an exciting few years since we first launched, and as is captured in the many other articles in this special edition, there are some amazing individuals and organisations working to build the social investment market. But building a market does not take a few years. It takes decades. We look forward to continuing our journey and having more people join us in unlocking the finance needed by charities and social enterprises to do even more in tackling our biggest social issues.

This article appears in Issue 6 of Philanthropy Impact Magazine, click here to download the article in printer-friendly format (PDF)